The brilliant jazz composer/pianist/vocalist Dave Frishberg once wrote a song titled “My Swan Song” in which he ruminates about the challenge of continuing to come up with new song ideas. Frishberg sings, “It’s the final cry of a dry imagination.”

If you’ve ever put pencil to staff paper or simply tried to hum along a new melody to a few chords on your acoustic guitar, I’m sure you know the feeling. I broke out of a personal songwriter’s slump late last year and pumped out a few tunes. Here are a few things I learned that might help you if you’re struggling with composition:

Rewriting is Easier than Writing

Paul McCartney woke up in the middle of the night with the idea for the song “Yesterday.” But as he tells the story, he used the title “Scrambled Eggs” instead. He was simply trying to pen lyrics to match the song so he wouldn’t forget the idea, knowing he’d rewrite later. Don’t get hung up on the song trying to find the perfect lyrics. Write something with roughly the appropriate number of syllables and go back and rewrite later.

I’ve written and published 2 books and probably 60-70 songs. In both cases, I’ve found that it’s easier to get ideas out and edit later than to try to make them perfect from the outset.

I have a voice memo function on my smartphone, and I’d imagine most of you do as well. Every time you have an idea, even a couple of lines or a few chords with a melody, capture it. You never know which one can blossom into a full song, but if you plant enough seeds, one will grow into something beautiful.

Walk Away and Come Back

Sometimes a little time away can recharge your batteries or help you look at a song or an idea differently. I’ve had songs that I walked away from because I wasn’t pleased with them. After some time away, I had new ideas – change the tempo, change a few chords, or reverse the order of the verses.

There’s a Reason They Call it the “Creative Process”

In Steven Pressfield’s book The War of Art, he speaks of how the artist doesn’t take criticism too personally. They understand that they aren’t defined by any particular piece of art, but rather each work is part of a creative process. They’ll wake up tomorrow and go to work again. Some days/works will be better than others, but each is a step forward.

Don’t be deterred because something you wrote doesn’t necessarily live up to your standard. Go ahead and see the work through to completion. Maybe you’ll revisit and improve the song later, but maybe not. You’ll feel better about yourself and your creative abilities if you see ideas through to completion every once in a while, even if you’re not completely happy with the song, rather than just a collection of half-finished songs that leave you frustrated.

I typically start composing by strumming chords on the guitar (or piano), then I’ll try to find melodies that fit, and finally lyrics to match the song after the chords and melodies are complete. But I was in a rut using that technique for a long time. So I just started writing lyrics one day. It unlocked my muse, so to speak. Shortly thereafter, I returned to my usual methodology, but changing my routine got me back in a rhythm again, and the ideas started to flow again.

Learn Something New/ Listen to Something Different

Paul McCartney speaks of a Minor 7th chord at the start of the Bridge of the song “From Me to You” as a real breakthrough. Remember that many of the early songs of the Beatles like “Love Me Do” were very simplistic musically and the band was influenced by many of the 3-chord songs of early rockers like Chuck Berry and Carl Perkins. McCartney also suggested to Producer George Martin that they try a piccolo trumpet solo in the song “Penny Lane” after seeing a BBC performance of Johann Sebastian Bach’s second Brandenburg Concerto.

When you consider how far the Beatles took popular music from the late 50’s and early 60’s to albums like Sgt. Pepper’s Lonely Heart’s Club Band and Abby Road, it really puts their accomplishments into perspective. If you’re a rock or pop songwriter, listening to new genres might not turn you into a jazz or classical musician, but it might make you better at what you do.

Expand your music vocabulary to give you a broader foundation of ideas to draw from. 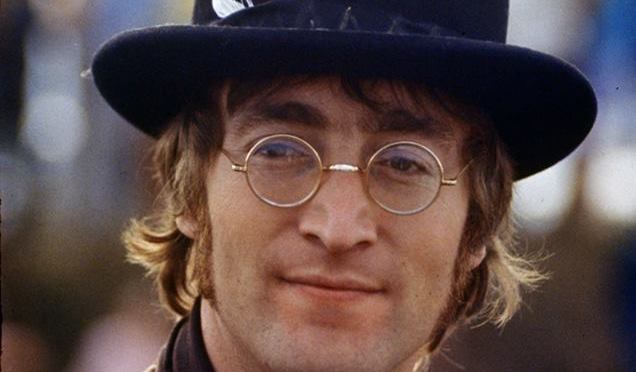 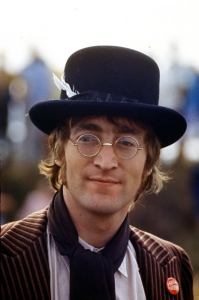 “One thing you can’t hide, is when you’re crippled inside.”  ~ John Lennon

Every day I watch the news and I’m saddened by the fact that we as a society spend most of our time dealing with symptoms and not the problem. Crime, war, abusive behavior, addiction, appetite for power, depression – they’re just symptoms. Inability to deal with one’s human emotions is almost always at the heart of these issues.

And until we make the same advances in addressing human emotions in a constructive manner, we can never build enough jails, pop enough pills, conquer enough kingdoms, or fill our lives with enough gadgets and creature comforts to make our problems go away.

There’s a saying that emotions will always find an outlet. If you don’t find a constructive one, they’ll find a destructive one for you. And we see it on the news or in our lives every day.

…And John Lennon knew it.

With that thought in mind, my latest original composition, “Tales of the Emotionally Blind.”

After singing the praises in previous posts of American Idol Contestants Naima Adedapo and then Casey Abrams, apparently I’ve successfuly jinxed both. Of the remaining half dozen contestants, James Durbin has all of the attributes of a star. Great vocal range, stage presence, and he’s willing to take risks musically.

He’s the “rocker” of the group, and probably the most consistent performer this season.

Today marks 17 years of marriage with my wonderful wife Kim. I suppose she’s stood by me through more than most would have. I’ve always believed that the greatest thing that you can do for a loved one is support their dreams, and she’s always been willing to sacrifice for me to pursue mine. For that I am supremely grateful.

While most couples have a song they consider their own, we really have 2 songs that are memorable to us. We danced to the song “We’re All Alone” by Boz Scaggs at our wedding, but I later performed the Beatles’ “Til There Was You” (well, not actually composed by the Beatles, but the version I was familiar with growing up) to her at our wedding reception.

I’ll let Paul McCartney and the Fab Four do the honors today:

30 years ago this evening the news of John Lennon’s death rocked our world. In the United States, it was ABC’s Monday Night Football and specifically Howard Cosell who broke the news to the television viewing public. It was an odd twist of fate, as ABC’s Alan Weiss was coincidentally in the same hospital where Lennon was taken on the tragic evening after suffering an accident, and he notified the station from a hospital pay phone.

In this video preview of the ESPN show Outside the Lines, Wiess and Dr. Stephan Lynn recall the events of that evening.

Paul McCartney was awarded the Library of Congress Gershwin Award for popular song this summer. This concert features musical tributes from several musicians as well as Paul and his band performing for an intimate audience including the first family front and center.

The entire 90 minute video is available at the pbs website:
Video link

Although I spend a lot of time writing and articulating the beneftis of music, there are none greater than the joy that music brings to our lives. This young boy exemplifies that beautifully, and he’s an internet sensation. We previously posted his version of Jason Mraz’s “I’m Yours,” which has garnered nearly 18 million YouTube hits to date. Here he takes aim at a Beatles classic. Enjoy!