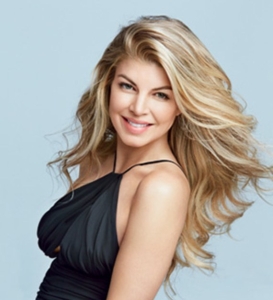 “…It’s better to be in the arena, getting stomped by the bull, than to be up in the stands or out in the parking lot.” ~ Steven Pressfield author from The War of Art.

So it’s safe to say that Fergie took a few kicks to the ribs after her recent NBA All-Star Game national anthem performance, mostly via social media. But at least she’s in the arena…not in the stands where the social media vultures live. In the aforementioned book The War of Art, Pressfield goes on to say:

“A professional schools herself to stand apart from her performance, even as she gives herself to it heart and soul…The professional loves her work. She is invested in it wholeheartedly. But she does not forget that the work is not her. Her artistic self contains many works and many performances. Already the next is percolating inside her. The next one will be better, and the one after that better still…

The professional self-validates. She is tough-minded. In the face of indifference or adulation, she assesses her stuff coldly and objectively. Where it fell short, she’ll improve it. Where it triumphed, she’ll make it better still. She’ll work harder. She’ll be back tomorrow.”

There’s a saying that it’s better for an artist to “step over the line” from time to time than to always play it safe…and live life never knowing where that line is. Artists are by the nature of their work risk takers. It’s one of the 9 lessons of music education that translate into success that I’ve articulated in my book Everything We Needed to Know About Business, We Learned Playing Music – Lesson #6 – Risk Acceptance (Let’s Just “Jam”).

While I found Fergie’s performance unusual, I’m struck by that fact that 99% of the critics tearing her to shreds are people sitting on their couches, staring into their smartphones, and avoiding pursuing whatever endeavor is near and dear to their hearts out of laziness, insecurity, or fear of rejection.

I’m guessing Fergie will be “back in the arena” tomorrow so to speak, honing her craft and working on her next musical or other creative project. You can sit on the sidelines or in the parking lot waiting for the next artist to slip up so that you can throw daggers, or you can get to work and join her.